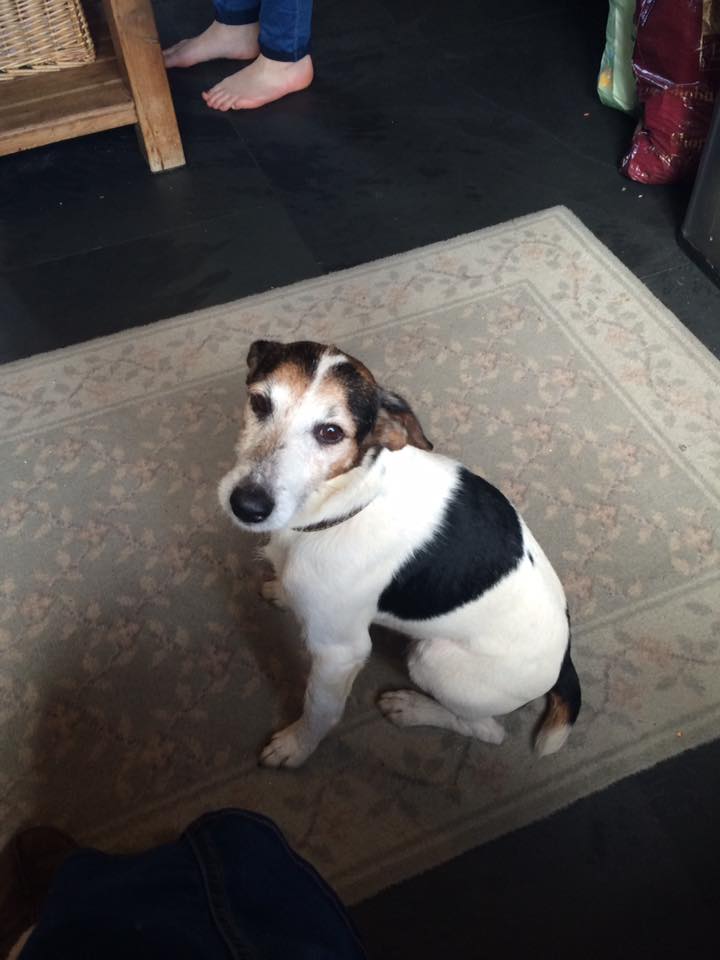 Ted the terrier feeling bored
took himself off for a walk.
“I feel like sniffing out new smells
there’s no one in I might as well”
The gate was open just a crack
so Ted slipped out along the track.
The grass was good but pretty samey,
then there wafted something gamey
“Call me Ted the Dog Explorer
I need to know what’s round this corner”
Thus relieving doggy boredom
walking far beyond St Mawgan,
nose to ground he hadn’t seen
Ted was where he’d never been.
Where he was he’d not a clue!
(He should have trailed a crumb or two
been perhaps a little smarter,
not made such a bold departure)
Not liking much this being alone
he searched for help to find his home.
Turning on his cutest eyes
he sweetly looked at passers-by
(but this far out from Newquay town
there’s not that many folk around)
In time he spotted someone kind
so followed her from just behind
and when she went inside her house
he snuck in quietly as a mouse
Sitting neatly on her mat
(whilst eyeing up the signs of cat)
he introduced himself as Ted
and wondered if there was a bed
“just one night then I’ll be gone
I don’t intend to stay too long.
Is it true you take chaps in
if lost or looking slightly thin”
(sucking in his chubby tummy
hoping she’d got something yummy).
“Oh my goodness who are you?
You’re very cute but what’s to do”
and giving him a friendly pat
she said to him “I’ll call you Jack”
“Thank you Mrs all the same
I hadn’t planned to change my name.
I’m Ted you know, but Jack’s okay
if you could help me find my way?”
So making posts about the roamer
very soon she found his owner,
(though first of all they had some larks
in all the local woods and parks)
Happily Ted was returned
and two things from his trip he learned,
next he takes off through the gap
he really ought to pack a map’
but also when some days look bad
they could turn out the best you’ve had